the stock market plunged in futures trading and the market opened with a BIG gap lower.

This action scared the daylights out of everyone from wall street right up to the FED and the government.

And the projections for a continued decline were everywhere.

When the market reaches a point of extreme fear, that is usually when you should start looking for a bear market rally to begin.

And on the morning of the 23rd of March I published my weekend video with this title:

That analysis was calling for a low in a possible third wave down to end,

and then a big rally in a correction higher to begin.

Panic means a LOW in wave 1 is near.

Here are the charts I published for the DOW and the S&P500 on the evening of the 23rd of March:

The Market actually bottomed that day,

Off that low we have seen a rip-roaring corrective rally in three waves,

which has retraced about 50% on both indexes.

The next weeks video,

further clarified how this correction should pan out.

And I called for the rally to top out around the 24000 level in the DOW.

Here is the main chart I was working with in that video, as a model for the correction: 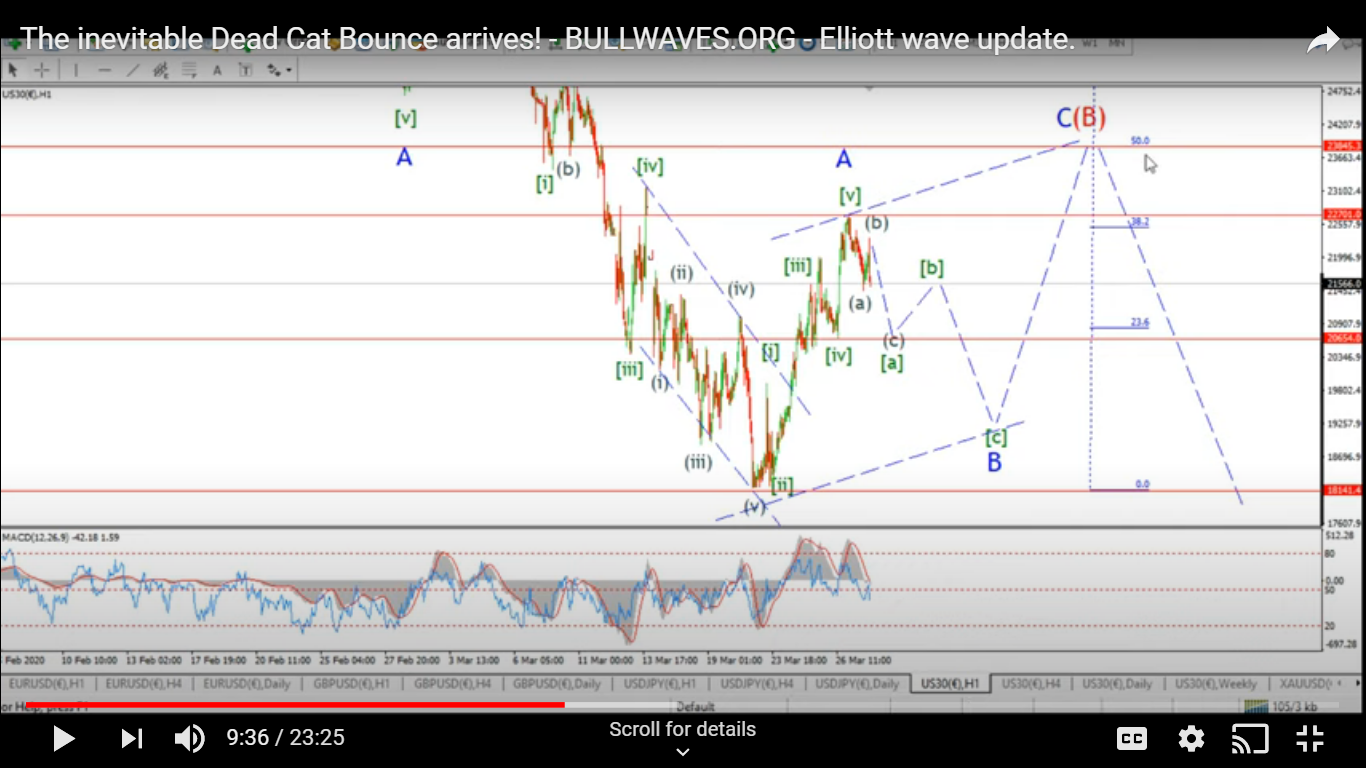 The rally in the DOW amounted to about 5800 points overall,

and the S&P rallied 650 points in three weeks!

This huge rally is still counted as a correction higher,

and the real question is - What happens next???

If you want to track the development of this bear-market as it happens,

and get my nightly updates to help you prepare for the wild action that is to come!

See the NEXT BIG move before it even begins!